FBI : PORTES DISPARUS { Without a trace }

tao of myself
Nouvelle recrue

AUSTRALIAN Hollywood heavyweights Russell Crowe and Anthony LaPaglia are in talks about developing a purpose-built football stadium in Sydney.

The stadium would house both Crowe's South Sydney NRL team and Sydney FC, the A-League club in which LaPaglia is a director and shareholder.

"You're the first person I'm going to tell this, Russell and I have been talking to each other about the possibility of ... joining forces to achieve that goal," LaPaglia told AAP news agency today.

"He wants a stadium, I want a stadium and we think together there is a possibility we might be able to pull it off.

"We would combine forces to have a home field, and training facilities.

"It's been ongoing (the talks with Crowe) for about four months now, we're still trying (to work out) how to do it exactly, but there's a bunch of emails flying backwards and forth.

"He's done a great job in turning (the Rabbitohs) around."

He continued: "I would say if we could get the right people in the room at the same time, it was something that could happen in two to three years.

LaPaglia, who was in Sydney today to help announce American Express as an official sponsor of Sydney FC, said he had not yet officially raised the issue with the club.

"It's not something I've really discussed with the club yet, so it will come as a bit of a surprise to them as well," said the star of the television series Without A Trace.

"I want to be associated with people who are driven and passionate about the game.

"(Crowe) is as driven and as passionate about the Rabbitohs as I am about Sydney FC. And we both appreciate each other at that level."

Sydney FC currently play their home games at Aussie Stadium, but have no established training grounds or facilities in Sydney, primarily using a back field at Parramatta Stadium.

The Rabbitohs play the bulk of their home games at Telstra Stadium, with a few matches in Gosford. Redfern Oval is currently being redeveloped as their training facility.

"In order to establish a true culture of football, a kind of feeling that this club belongs to the city, we need that home," LaPaglia said.

"It does breed a different kind of mentality and culture, when you walk into your house and you're not renting."

When he answered to my question, he explained stuff about WaT, about what he wanted and what he asked to the PTB (put the blame on him about the amount of personal storylines). When I talked to him, he told me some fast things about Enrique, more than everything they were jokes, then huge spoilers, if I interpreted them well. I shared that thing with an American friend of mine and she talked me down saying that it might have a different explanation... so I'll be cautious and postpone the posting of the spoiler, for now.

I'm not posting the pictures, either, especially the one I have with him, except for this one: he's talking with me and I'm the one back to the camera, while the other girls you can see are fans of him.

YOU'VE BEEN GREAT. THANK YOU!
Liala 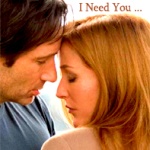 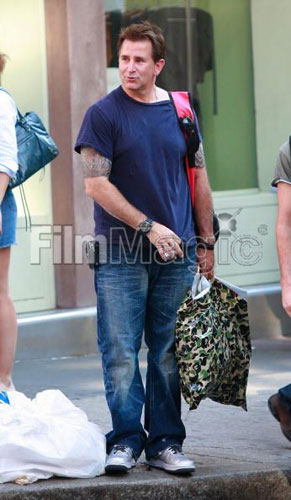