FBI : PORTES DISPARUS { Without a trace } 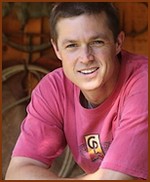 Six months after an explosion that nearly destroyed the NorBAC (North American Biotechnology Advisory Commission) lab, David Sandström (Peter Outerbridge, Detective Murdoch Mysteries) and his team of scientists struggle to rebuild and recover. With key members of NorBAC killed in the explosion, a new virologist, Rachel Woods (Wendy Crewson : Criminal Instinct, The Joanne Kilbourn Mysteries) has joined the team as it attempts to unravel a myriad of global threats, including bacteria that has evolved into an explosive compound; a mercury contamination that threatens California’s water supply; and bio-terrorism that has landed on North American soil.

Also new to the cast this season is Geraint Wyn Davies (Slings & Arrows (Henry Breedlove)) as Carlton Riddlemeyer, the new U.S. science czar – and former husband of Rachel Woods – who threatens to pull U.S. funding for NorBAC unless the team can prove its value. Guest-starring as the mysterious Olivier Roth in the season’s final episode is Victor Garber (Alias).

In the opening episodes, Sandström and Bob Melnikov (Dmitry Chepovetsky, Man of the Year) are called to investigate a lab explosion in Utah; was it an accident or is someone trying to shut down another lab? The NorBAC team delves into the lab’s groundbreaking work, which would have had a huge environmental impact. Meanwhile, Rachel studies the DNA of her godson’s alleged killer, whose crime was caught on tape but whose DNA isn’t a match.

This season, Carlos Serrano (Conrad Pla, The Terminal) investigates a deadly strain of c.difficile that has killed many people, including an old friend; Bob deals with an injury sustained in the blast that threatens his ability to continue to work at NorBAC; Mayko Tran (Mayko Nguyen, Mysterious Ways) copes with the physical and emotional scars left in the wake of the bomb blast; Wes Field (Greg Bryk, A History of Violence) becomes the interim director at NorBAC, and must also deal with the pregnancy of his 12-year-old niece who claims to be a virgin; and Owen (Michael Seater, Life With Derek) considers experimental gene therapy that could cure his addictive behaviour.